Exclusive: Klara Zakopalova’s Modest Goal Is Winning a Match at 2013 US Open

Exclusive: Klara Zakopalova’s Modest Goal to Win a Match at 2013 US Open 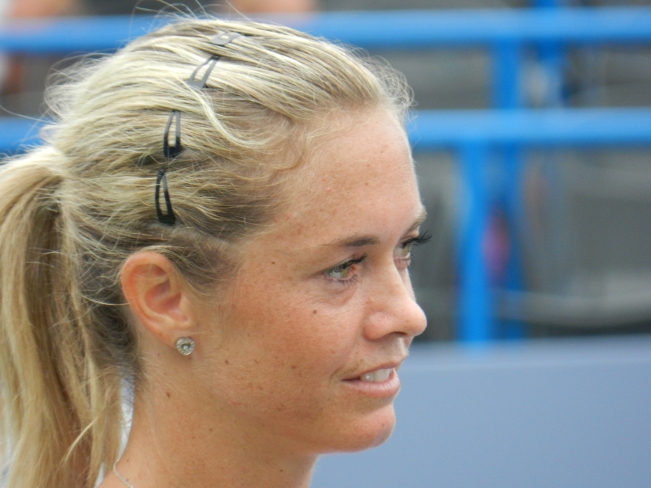 31-year-old Klara Zakopalova has been around the WTA long enough to beat almost everyone once. She had a hot start to 2013 as a finalist in Shenzen, and in the Round of 16 in Hobart, Indian Wells, Miami and Doha. She also reached the semis in Bastad and Palermo.

On Monday, after an impressive comeback win in three sets over Dominika Cibulkova in New Haven, she answered my questions about her year-end goals, Czech tennis and the US Open.

“We know each other very well. We were both a little nervous”, she said about the match with Cibulkova.

They’d played each other four times in the past and evenly split the matches. Klara now leads Dominika 3-2 in the head to head.

Her end of year goals couldn’t be more simple or modest.

I think we have a really good relationship. We are very good friends. That’s very important for us, because we are together always. We go to dinners and everything.

I live in Prague. Most other players are practicing in the other part of Czech, in Prostejov (at the National Tennis Center). So in Prague, it’s just Lucie Hradecka, me, Barbara Strycova and Andrea Hlavackova. But we are really good friends, all of us.

As a Czech citizen, do you drink beer?

Yes, of course! We drank a beer yesterday. We were together at the dinner.

You’re no doubles specialist like many of your Czech colleagues. Why is that?

I love to play doubles, but it’s important to have somebody for the whole year. It’s very tough for me to find a different partner every tournament. Here, I have a chance to play with Lucie (Hradecka). She’s top 10 in doubles. I have to learn something from her. Maybe I’ll try to play more doubles, because I really love it.

What about Marion Bartoli’s retirement?

To me, its really sad because she won a Grand Slam and she’s a really nice girl. She was fighting for every point her whole career. I admire her a lot. I wish her luck and maybe she’s coming back, but I don’t know.

What tournament title would make you retire?

I think I would wait for the US Open.

She said she’d retire after the US Open almost sarcastically, thinking it could never happen. She’s 31 and realizes that she’s not getting any younger. Let’s hope Zakopalova grabs a few wins in Flushing Meadows next week and 2013 becomes very memorable for her. Before that, she’s got a quarterfinals match to win against Elena Vesnina on Stadium Court this afternoon in New Haven.