Francis Tiafoe has every reason to be proud after a close loss to Evgeny Donskoy at the Citi Open in Washington, DC tonight. Though he lost 4 & 4, his big serve looked great. He fired up the crowd and they fired him up right back. In addition to his parents and family, his debut match was witnessed by players, friends and the extended family known as Every Serious Tennis Fan in Washington. 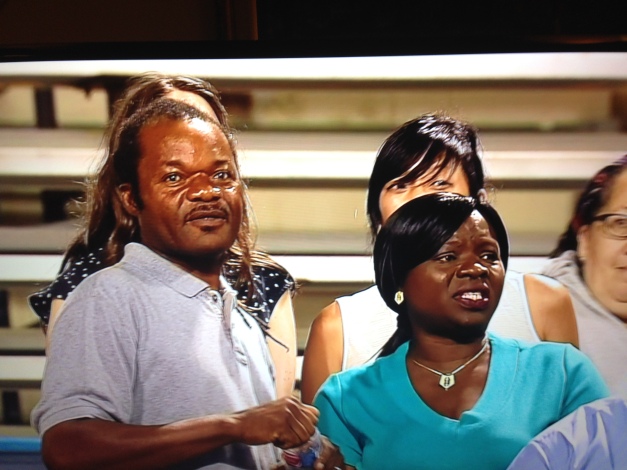 The 16-year-old got his first break of serve on Donskoy early in the second set, and the Junior Tennis Champions Center prodigy was never out of a set or the match until the final point of each. The Baltimore-born Tiafoe has trained at the College Park, Maryland training facility since he was a child and attended Citi Open every year since he was 9. Tiafoe saved 9 break points and other than a few double faults, it didn’t appear that the big stage made him nervous. In fact, he seemed to feed on the energy from the partisan crowd.

Donskoy said of his opponent, “I know this guy has a great future”.

After the match, he said “I just hope I can come back here” (to the Citi Open). I’m pretty sure that can be arranged, Francis. In fact, I’m very sure. Thanks for making everyone around here proud, Big Foe.