Washington D.C. August 8, 2015– A funny thing happened on the way to the Citi Open today. The sports reporter was on the local all news superstation WTOP, and the reporter said “Big all-American semifinal match at Citi Open tonight between John Isner and Steve Johnson. Marin Cilic and “Key” Nishikori in the other semifinal.”

Tennis is an international sport. This ain’t the Redskins, and clearly the world was just as interested in the US Open rematch as they are in an all-American semi.

And the pair didn’t disappoint. Nishikori came back from a set down to win it in three, 3-6, 6-1, 6-4 in 2:02. Kei got a service break in the second game of the second set and never looked back. We can only hope for such a thrilling result tonight.

Cilic didn’t sign a single autograph after the loss, so Nishikori did double time and signed dozens, to the chagrin of ATP officials trying to get him off court so the Bryan Brothers match could begin.

Kei will take a stab at the Washington title tomorrow not before 3:00 p.m. against the winner of the forementioned all-American affair. 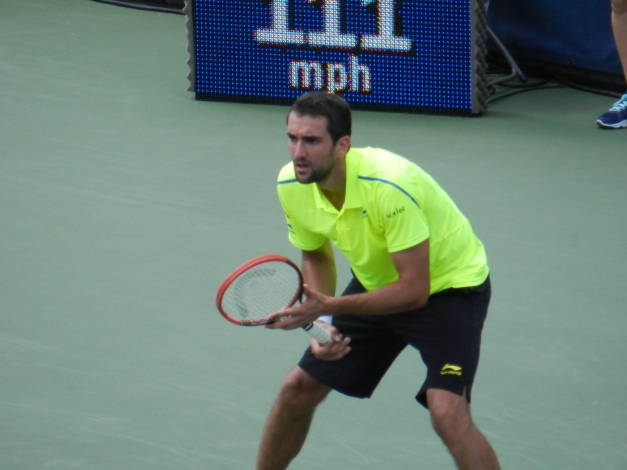