After a rollercoaster ride in Madrid, the tour heads to Italy for the Internazionali BNL D’Italia in Rome.

The big absentees are Maria Sharapova and Agnieszka Radwanska. 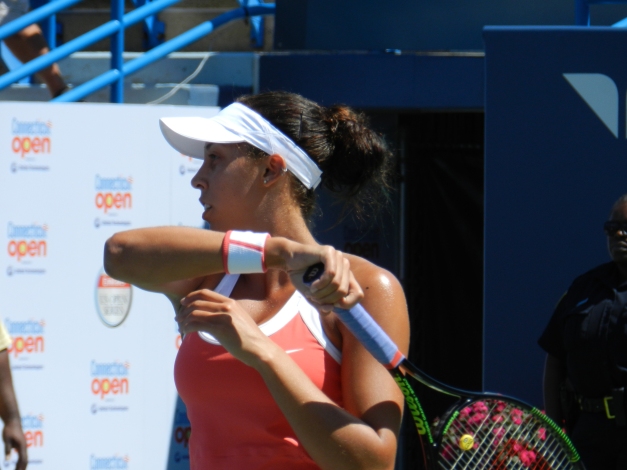 This should be a nicely contested match between two players with different styles. Keys brings huge power to the court whilst Petkovic likes to counter.

These two have met only once before in Beijing in 2014. The German got the better of that one 6-2, 6-3. Neither player boasts the best of form so this could act as a confidence booster. Winner gets Kvitova in the second round

If the Russian brings her Madrid form into Rome then we could see a potential upset in the opening round against Ivanovic.

The Serb bowed out in the Spanish capital to Louisa Chirico and is 5/5 in her last ten matches. However she has a dominant head to head of 7-1 over Pavlyuchenkova, with two of those victories coming on clay.

The Russian picked up a victory in Wuhan last year but the clay should suit the former world number one more. 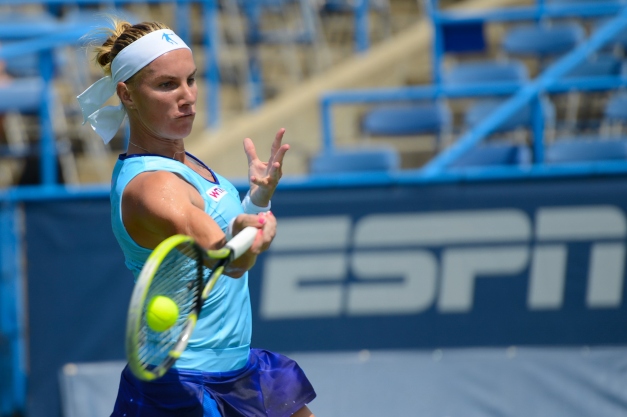 Of matches that can go either way, this might be near the top of the list. Both players are capable of producing excellent tennis, but they struggle with consistency.

Kuznetsova and Garcia did not have the best of tournaments in Madrid and will be looking to respond with a good victory here. Their last match was a three set thriller in Miami, will be get a repeat in Rome?

The world number one is back in action to play her first clay court tournament of the year after skipping Madrid. Williams is still looking for her first title this season five months into it. Serena should breeze through her second round against Anna Schmiedlova or Anna-Lena Friedsam to set up a potential clash with Ana Ivanovic. The Serb could have her hands full with Anastasia Pavlyuchenkova

Simona Halep played her best tennis in a long time in Madrid and suddenly it  looks like she is a grand slam contender again. The Romanian will meet either Sabine Lisicki or Daria Gavrilova in the second round, both can be dangerous but both are should wins. Svetlana Kuznetsova is the projected third round opponent but the Russian could have her handsful with Caroline Garcia in round one and Sam Stosur in round two. Stosur is on a good run of form after the final in Prague and semi final run in Madrid.

Azarenka is still down to play in Rome despite having a back injury that forced her out of Madrid earlier than she would have liked. The world number four is getting back to her best form and could be classed as a favourite to take home the title if healthy. Irina Begu or Margarita Gasparyan is not an easy round two by any means though. Begu is a consistent player whilst Gasparyan is a highly touted young player. Karolina Pliskova is projected for round three, but the Czech’s game does not translate best on the dirt. Monica Niculescu or Daria Kasatkina could take advantage of that fact.

Vinci will be the highest ranked Italian in the draw and possible crowd favourite. The seventh seed will likely entertain British number one Johanna Konta in the second round. The draw is quite nice for Konta to have a deep run. Lucie Safarova is the other seed within this section, and will face Francesca Schiavone in the opening round. The Czech withdrew from Madrid, so is she healthy enough to have a good run here?

Third seed Muguruza is still searching for her best form this year so she will be hoping for a quick turnaround in fortunes in Rome. Ekaterina Makarova or Danka Kovinic await in the second round, with the consistent Elina Svitolina possible for the third. The Ukrainian could face the very out-of-form Kristina Mladenovic in the second round, providing the Frenchman defeats Jelena Ostapenko.

It is possible that we could see an all Spanish quarter final here, that is providing that Suarez Navarro has recovered from her illness in Madrid. The eighth seed should not have many problems making he third round, but from there it could be tricky. Timea Bacsinszky is the projected opponent at this stage.

Kerber will be hoping that Rome goes more like Stuttgart than Madrid. The German was the winner in her home country but lost in the first roud in the Spanish capital. It’s either Jelena Jankovic or Eugenie Bouchard who will welcome her to the Italian capital.  Sara Errani will be the home favourite from this section and could go deep on her best surface. Barbora Strycova is perhaps her biggest hurdle before Kerber in the third round.

Kvitova failed to defend her Madrid title so will be playing points catch-up in Rome. The Czech will have a tough opener against either Andrea Petkovic or Madison Keys. Like her sister, Venus Williams returns to action this week as the 12th seed. She will play big serving compatriot CoCo Vandeweghe in round one, then potentially  another big server in Timea Babos in the second round.

It just seems so strange that Serena has not won anything this year that you have to predict her to win Rome. It might be a difficult and long road to the title, but the world number one will defeat Kerber in the final.