Wozniacki Receives Wild Card; Ranking Cutoff Is Strongest Since 2003;
Main Draw Features 20 Of The Top 31 WTA Players In The World

NEW HAVEN, Conn., July 13, 2016 – The player field for the 2016 Connecticut Open presented by United Technologies Corp., is comprised entirely of players who will compete in the Rio 2016 Olympic Games, it was announced today by Tournament Director Anne Worcester. The WTA event, which is part of the Emirates Airline US Open Series, will be held August 19-27 at the Connecticut Tennis Center at Yale.

The main draw currently features 21 players – 20 direct acceptance and one wild card – all of whom will represent their country at the Rio 2016 Olympic Games. The first of four wild cards was given to four-time Connecticut Open Champion Caroline Wozniacki, who will be the flag bearer for Denmark for the opening ceremony.

The direct entry cutoff (31) is the lowest since 2003 which means that 20 of the Top 31 players in the world have committed to play in New Haven. The draw will feature Grand Slam Champions Svetlana Kuznetsova (2009 Roland Garros, 2004 US Open) and Petra Kvitova (2012, 2014 Wimbledon), former World No. 1 players Jelena Jankovic and Wozniacki, and numerous players who have won titles this year – World No. 8 Roberta Vinci, World No. 11 Madison Keys, World No. 12 Dominika Cibulkova, World No. 16 Karolina Pliskova, World No. 17 Timea Bacsinszky, World No. 20 Elina Svitolina, World No. 21 Sara Errani, World No. 23 Sloane Stephens (three titles), and World No. 26 Kiki Bertens. 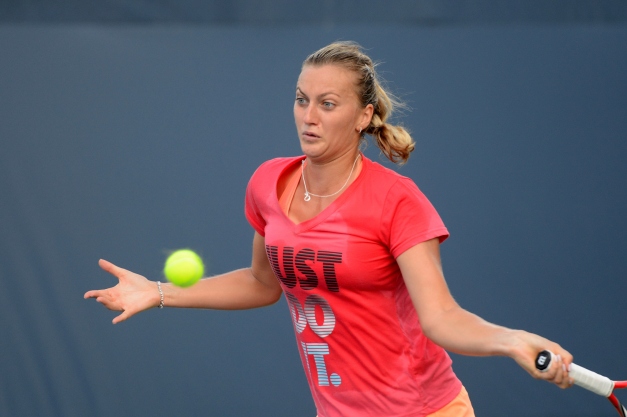 In addition a trio of up and coming players to watch this year in New Haven are World No. 15 Belinda Bencic, the Swiss star won two tournaments last year and reached the final of St. Petersburg in 2016; World No. 18 Johanna Konta, the British player advanced to this year’s Australian Open semifinals, and World No. 29 Daria Kasatkina, the Russian who was a quarterfinalist at Indian Wells and Charleston in 2016.

“From a rankings perspective, all of these players would be seeded at a Grand Slam, which shows how deep and talented the player field is for the 2016 Connecticut Open,” said Worcester. “From Grand Slam Champions to talented Americans to more than 20 Olympians – the field will be dynamic, international in flavor and extremely competitive. We will aim to add more top players to the field in the next month with our three additional wild cards.”

In addition to adding three more players with wild cards, six players will advance through the 48 player qualifying draw to complete the field. The top two seeds at the tournament will receive a bye.