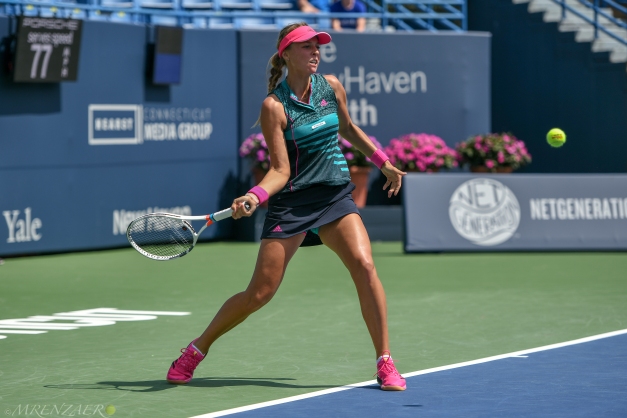 It was a light day session on tap at the Connecticut Open. Johanna Konta withdrew from the tournament and Carlo Suarez Navarro entered the round of 16.

Once the matches began, Annet Kontaveit got off to a slow start in New Haven this morning. Her opponent was replaced an hour before the match as Kiki Bertens pulled out with a ‘viral illness’-veiled injury that likely signals exhaustion on the part of the Western & Southern champion. Pauline Parmentier was lucky losered-in to face Kontaveit and the young Estonian promptly dropped the first set, 6-3. She came back from 2-2 in the second set to win four straight games for 6-2 and took that momentum into the third set for a 3-6, 6-2, 6-2 victory to become the last woman to enter the round of 16 at the Connecticut Open.  It was the fifth time this year that Kontaveit has come back from a set down to win and her reward is a match with Monica Puig in the round of 16 tomorrow. 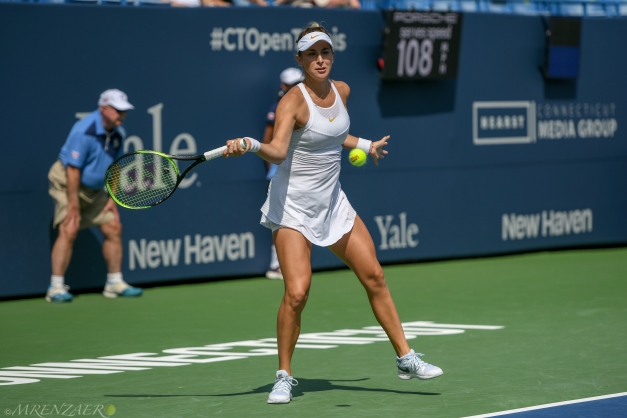 They say everyone deserves a second chance and Belinda Bencic made the most of her opportunity to stand in as a lucky loser for Simona Halep, which conveniently came with a first round bye. In an error-filled first set by both players, it was ironic that Bencic had no trouble serving it out for 6-4. Bencic got the early break in the second set and almost never looked back. She’ll play the Wednesday winner of Sabalenka vs. Gavrilova. 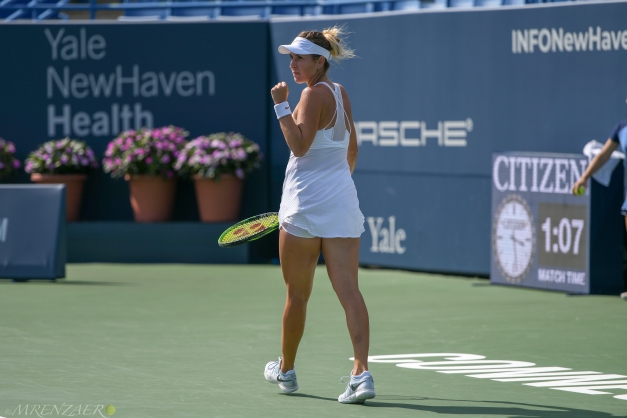