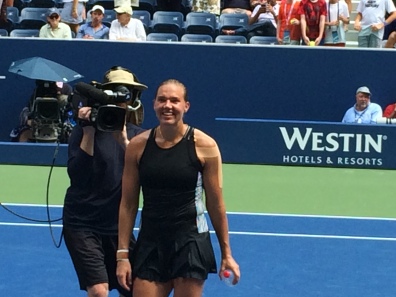 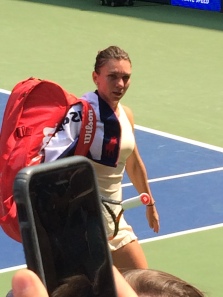 I hate Mondays. But not as much as Simona Halep hates Mondays in New York. On Monday, August 28, 2017 she was sent packing from the US Open after an opening-round loss to Maria Sharapova. Today, on Monday, August 27, 2018, the now-World #1 got an even bigger shocker, being dominated by world #44 Kaia Kanepi, a player who had to qualify for this main draw just a year ago. Halep became infamous today as the first top female player in the world to lose a first round match at the US Open. 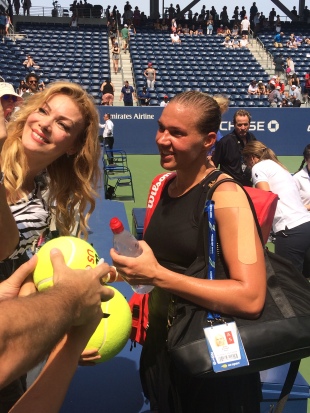 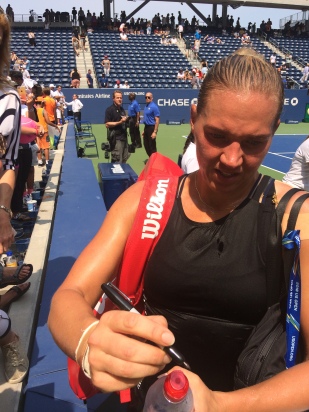 The Estonian came out early and dominated Halep in every statistic, breaking the favorite five times en route to the victory. After she was down two breaks and a set, it was clear that Simona was trying to surge, but Kanepi kept playing aggressively and pusing Halep behind the baseline. The crowd was in Halep’s favor all the way down to 4-4 all in the second set, but when Kanepi broke her to set up the final game of the match, she got a standing ovation from the crowd. Kanepi becomes the first player, man or woman, to win a match on the newly-constructed Louis Armstrong Stadium.

“I love playing here in New York,” she said after the match.  “I have always loved it. So maybe the court also suits my game.” She wasn’t thrilled about the fact that the fans seemed to be cheering for Halep until the end  ” Yeah, I was thinking about that, why they cheer for the underdog. Now they cheer for her. It was a bit annoying for some time, but I got over it.”

Kanepi can advance to the third round on Wednesday when she faces qualifier Jil Teichmann.