NEW HAVEN, Conn. (Sept. 19, 2018) – A maiden WTA title winner in Aryna Sabalenka, four of the top 10 players in the world, a spectacular launch at Yale’s Sterling Library and a week-long festival of events and charity initiatives combined to help the 2018 Connecticut Open become the third-best attended WTA-only event in the world this year.

One of the strongest player fields in recent history, plus an Invesco Series QQQ Men’s Legends event featuring John McEnroe and won by Connecticut’s own James Blake and the return to New Haven of former World No.1 and Grand Slam champion Lindsay Davenport, added up to attendance topping 50,000 for the fourth consecutive year. 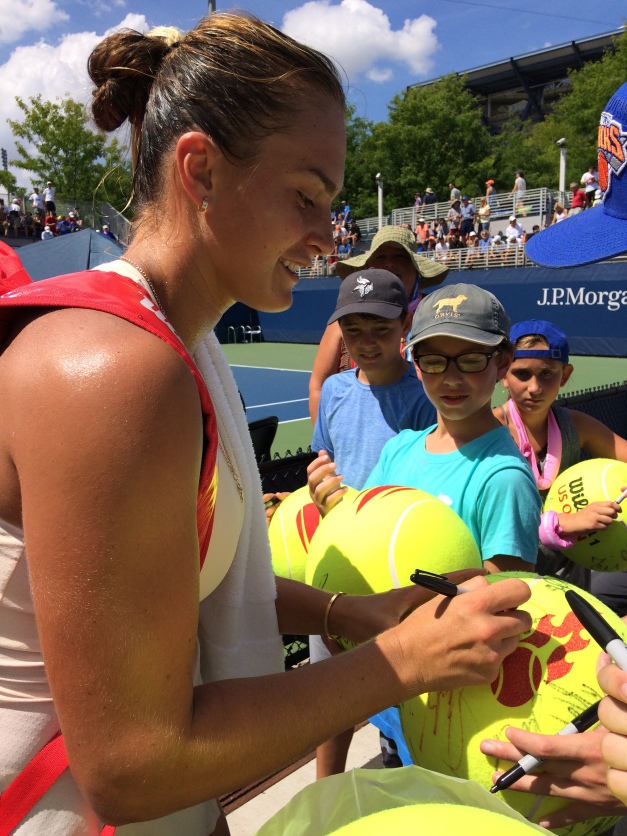 “This summer’s tournament created a buzz that we haven’t felt around the site in a number of years,” said Tournament Director Anne Worcester. “We witnessed the birth of a new star for women’s tennis in Sabalenka and we were treated to matches worthy of the latter stages of a Grand Slam right from our first round. We expanded the off-court festival experience, this year with the help of new and returning sponsors staging more fan-friendly activities such as the Avangrid Power Zone which included selfies with players, the Yale Street Fair and our inaugural Beer Fest at the Connecticut Open on finals Saturday.”

While the tournament demonstrated growth with the addition of new sponsors, most notably in Avangrid and Hearst CT Media Group, Worcester confirmed it had once again fulfilled its non-profit mission by giving back to the communities it serves. “Many of our fans, sponsors and partners share our vision and commitment to benefitting the local community,” Worcester added. “We our delighted to confirm that we set several records this year in terms of our fundraising efforts.”

Coming off a successful 2018 event, and in order to build on more than two decades of success, the tournament will spend the next few months evaluating options on how to build for the future, delivering the best value to the community, fans and sponsors, with future developments including a potential summer date change.