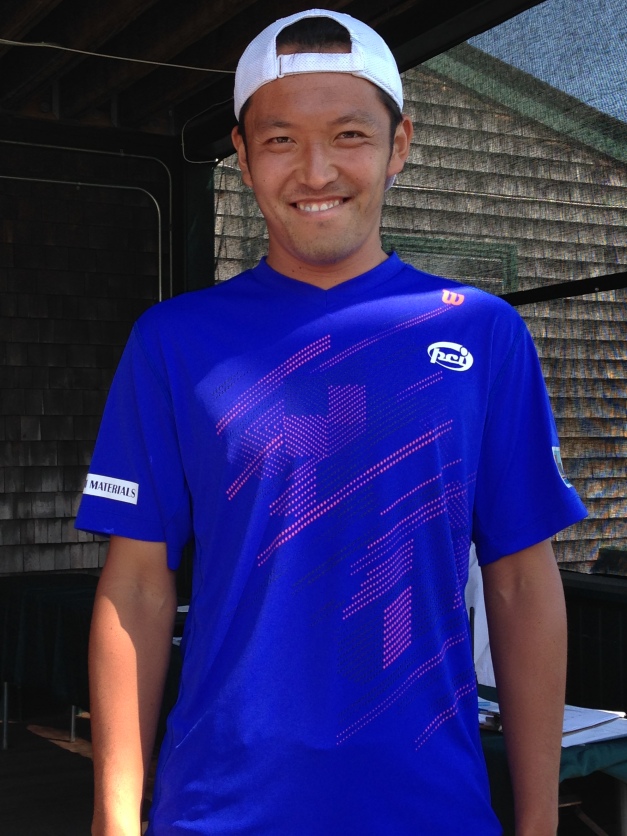 Serbian Dusan Lajovic and Japan’s Tatsuma Ito sailed into the main draw of the Kremlin Cup after coming through three rounds in a draw which consisted of 20 Russian players.

One of the most noticeable Russian players was Dimitry Tursunov. The 32-year-old was playing his first competitive match for over a year after being sidelined from the tour due to Plantar fasciitis (inflammation of a thick band of tissue that runs across the bottom of your foot). In the first round, he won his first singles victory since June 2014 after beating 19-year-old Daniil Medvedev in three close sets, winning 9-7 in the final set tie-break. The reward for Tursunov was a showdown with top seed Lajovic. The former world No.20 was unable to continue his run as Lajovic eased to the victory (6-3, 6-4). After losing to the top seed, Tursunov has reportedly set a deadline for his career.

Tursunov and Davydenko out of the qualifications http://t.co/Fkdx1C6TuS

In the final round Lajovic faced German fifth seed Tobias Kamke. Kamke dropped just three games in his first two qualifying matches (two to Alexandr Lgoshin and one to Phillip Davydemnko). The Serbian survived a tough match by saving eight out of nine break points. Kamke had an opportunity to take the first set 6-4, but failed to take advantage of it. The failure by Kamke hampered him for the rest of the match as Lajovic won four consecutive games to take the first set before opening up an early lead in the second to swiftly take the match 7-5, 6-3, after an hour and 35 minutes.

Second seed Ito reached the main draw after overcoming a duo of Russian opponents (in the first round Estonia’s Vladimir Ivanov retired in the second set due to injury). In the second round Ito survived a scare against world No.1025 Richard Muzaev after getting off to a sluggish start. Muzaev has won eight Future titles in his career (two singles and six doubles). After the poor start, Ito took the match 1-6, 6-2, 6-1. In the last round he played Russian world No.560 Alexander Vasilenko who stunned eight seed Peda Krstin in the second round. Ito was two points away from losing the second set as the Russian unexpectedly moved ahead 5-2. Vasilenko was, however unable to stage the upset as Ito clawed his way back to take the match in straight sets – 6-1, 7-6 (4).

Spanish sixth seed Pere Riba progressed to his second ATP main draw of the year after upsetting Russian third seed Konstantin Kravchuk in the final round 6-3, 6-4. Throughout the three-match draw, the Spaniard didn’t drop a set. In the two earlier rounds, he defeated Alexey Vatutin and Mikhail Ledovskikh. Last month Riba reached his first tournament final this year at the ATP Sibiu Challenger in Romania where he lost to Adrian Ungur.

The only successful result for the home nation was fourth seed Aslan Karatsev. During the early stage of the draw he defeated fellow countrymen Vladimir Polyakov and Fedor Chervyakov. His final match was against another yet another Russian player, world No. 336 Mikhail Elgin. The 34-year-old defeated Bosnian eighth seed Aldin Setkic, 7-6 (3), 6-3, to reach the final round. After a slow start to the match, where he trailed 1-3, Karatsev regained his focus to ease to a 6-4, 6-3, win over Elgin to move to his first ATP main draw for two years.