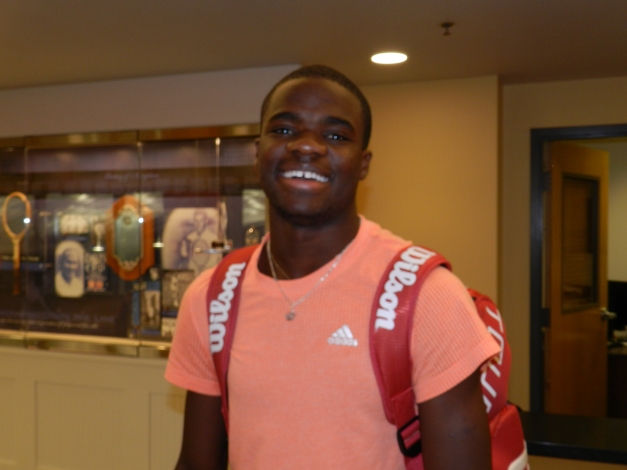 WASHINGTON (June 21, 2016) — Frances Tiafoe, one of the most promising young American players and a native of Prince George’s County, Md., will receive a wild card entry into the main draw of the Citi Open® Tennis Tournament. The Nation’s Capital Tennis Tradition will be held July 16-24 at the Rock Creek Park Tennis Center.

“I’m looking forward to the Citi Open this year more than any other tournament,” Tiafoe said. “I am thankful for the chance to play in front of my family and friends and will make the most of the opportunity.”

Tiafoe, 18, was the youngest player in the Top 200 of the ATP World Tour Rankings last year. In 2014, at 16 years old, Tiafoe made his ATP World Tour debut at the Citi Open with a wild card entry, in front of a cheering home crowd. In 2015, he secured his first ATP singles win at Winston-Salem, and competed in the main draws of both the French Open and U.S. Open. This year, he was named as one of 14 ATP “Next Generation” — young players who are rising to prominence in the sport.

“We’re excited to offer Frances home-court advantage in this year’s tournament,” said Jeff Newman, tournament director. “Washington fans have a chance to come out and support our homegrown talent — I know we can expect great things from him in the coming years.”

The full doubles field is expected about two weeks before the tournament, headlined by the world’s most successful doubles team of all time, Bob and Mike Bryan. Players are subject to change due to injury or other unforeseen circumstances.